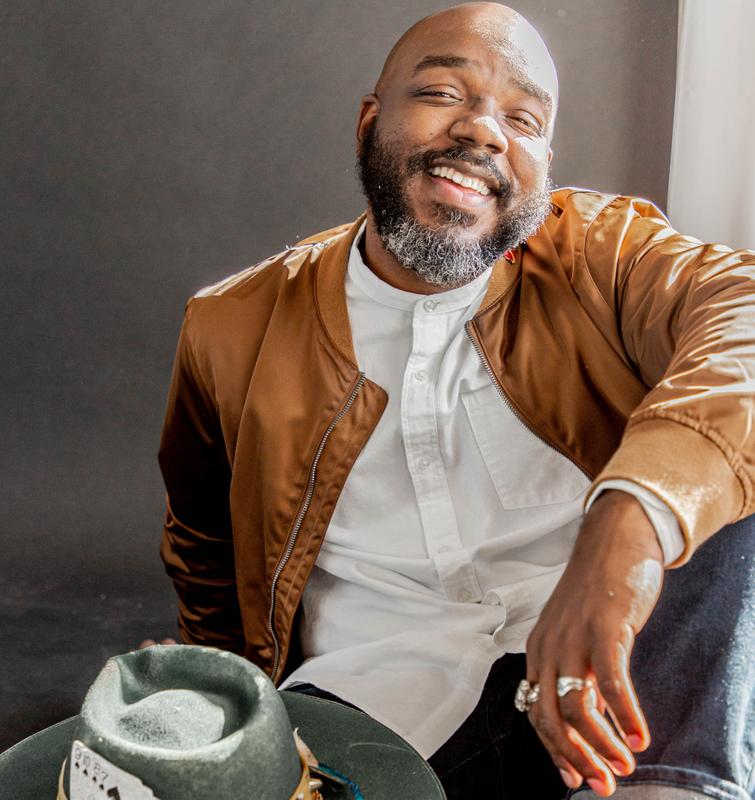 One of the first Big & Tall style influencers, South Carolina based Kelvin Davis is an ex-art school teacher turned full time model and influencer. He is best known for his style, body positivity and vibrant content and catchy dance moves. With a loyal following from his popular blog ‘Notoriously Dapper’, Kelvin uses his platforms to inspire others to embrace who they are, spread love and body positivity.

His book, 'Notoriously Dapper: How to be A Modern Gentleman' is the ultimate guide on how to become the whole package and he was nominated for an NAACP Image award for Outstanding Literary Work. Kelvin has featured in an impressive list of publications from Buzzfeed, New York Times, Huffington Post, IZEA and The Daily Mail for his contributions to the male body positivity movement.

Kelvin featured as a named artist in DXL ‘Time to XL’ campaign alongside DJ Khaled, David Ortiz, Sundance and Hal Gill. He went on to star in the GAP worldwide campaign ‘Good Creates Good’ that saw him appear in stores and billboards around the world. He then travelled to the beaches of Anguilla to star alongside Ashley Graham for their King Size swimwear campaign.

Kelvin is a highly respected model and content creator with a strong following and voice in the consumer markets. He has worked with brands such as JCPenney, Nike, Aperol, Target, Dicks Sporting Goods, Coors, KOHLS, Reebok, Tic Tac, Etsy, LL Bean and so many more. Working with Kelvin on partnerships illustrates to consumers that you value diverse and empowering representation for your customers.

With an ever-increasing audience, Kelvin’s platforms are an inspiration to men of all shapes and sizes, with light-hearted, fun and down-to-earth content.