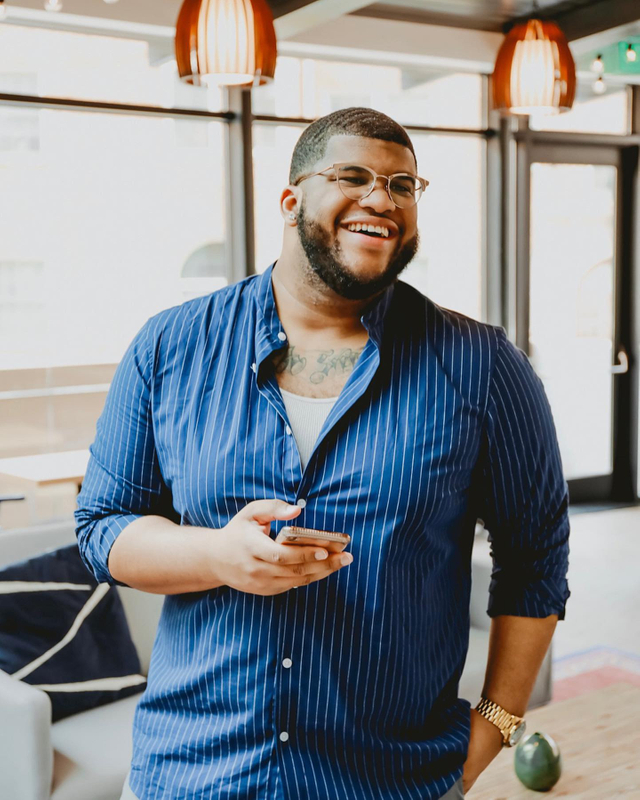 Breaking the internet with his debut shoot for Rihanna’s lingerie line Savage x Fenty, Steven Green was the first Big &Tall model to be featured. Quickly going viral, Steven used his platform and loyal following to champion body positivity and diversity within the fashion industry. He states ‘I want to communicate that health doesn’t have a size, that it can’t be determined by someone’s physical appearance. Health is more than what you look like; it’s also intellectual, emotional, mental, but that’s rarely talked about.​’

Featured on the likes of Vogue, Models.com, Input Magazine, Hype Beast and In The Know, Steven receives an enormous amount of press and positive attention around his modelling and content creation. He was even featured on a Drew’s News episode with Drew Barrymore, which you can check out in his video portfolio!

With a background as an established photographer, stylist and creative director, Steven carries all the skillsets to bring a brands’ vision to life, with the ability to produce high quality self-shot campaigns on a digital format.

Steven is aware that whilst the representation for Big & Tall men is slowly increasing, there is a lot of work to do. In Summer 2022 he launched his own clothing brand OFFCL by Steven G, creating a brand that is accessible and fashionable, and inclusive of bigger sizes.

His focus is on body acceptance in the menswear industry and normalising bigger sizes in higher-end campaigns for top-tier brands. He aims to provide his audience with the confidence needed for self-acceptance, along with fashion and styling advice that his followers love and connect with!